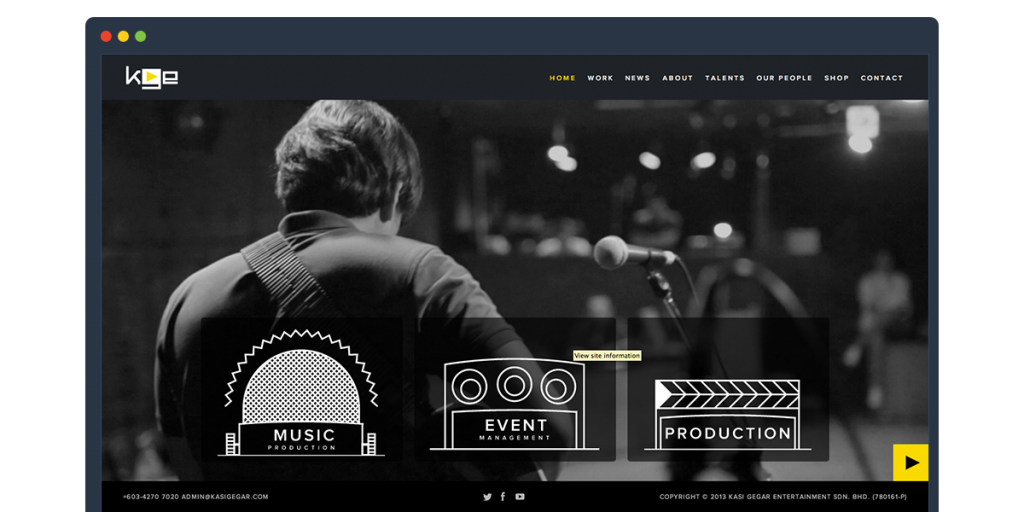 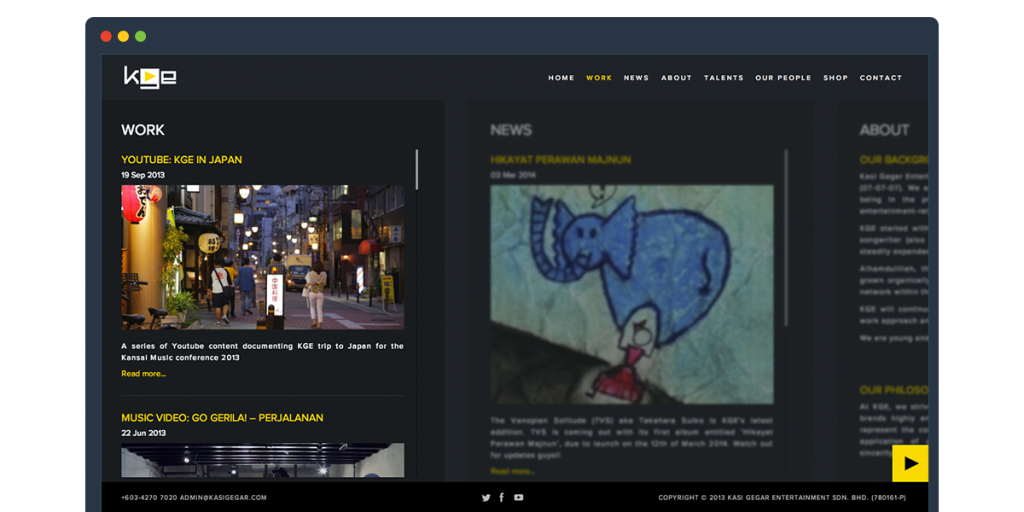 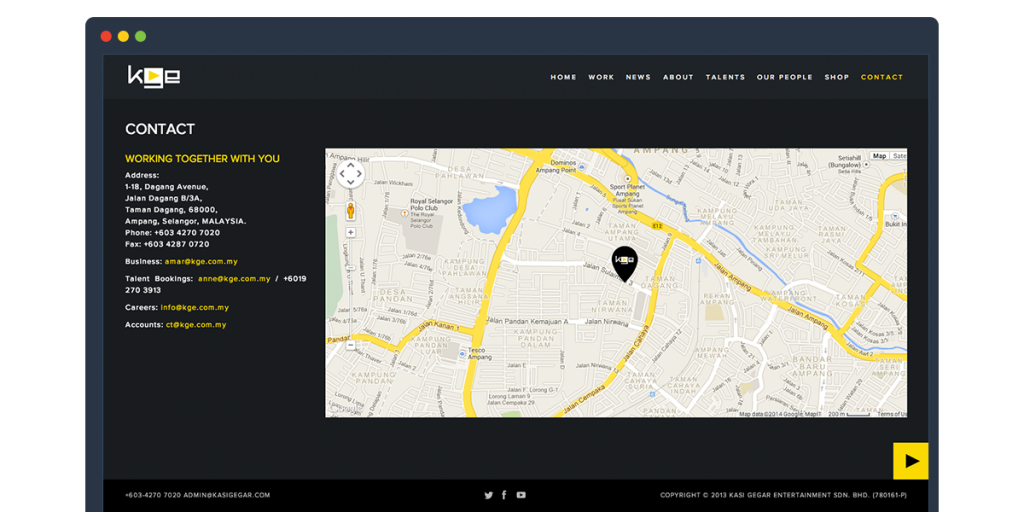 Kasi Gegar Entertainment is a local recording label which is founded by Aizat Amdan, one of the more popular artists who graduated from Akademi Fantasia. They wanted a simple horizontal based website and had a clear direction of how they envisioned it to be.

I was given the task to lead the concept and direction which was then executed by an ex Motive member, Amir. Following the approval of the design, the basic front-end structure was developed by myself and then handed over to Hikmat to integrate most of the interactivities and backend stuff.

A full screen image slider dominates the homepage followed by the three main services they offer which is represented by a brilliant icon set designed by Amir. Each of the elements on the page which can be clicked will reveal a modal window which loads the corresponding content.