Tokyo: A brief journey to the Land of the Rising Sun 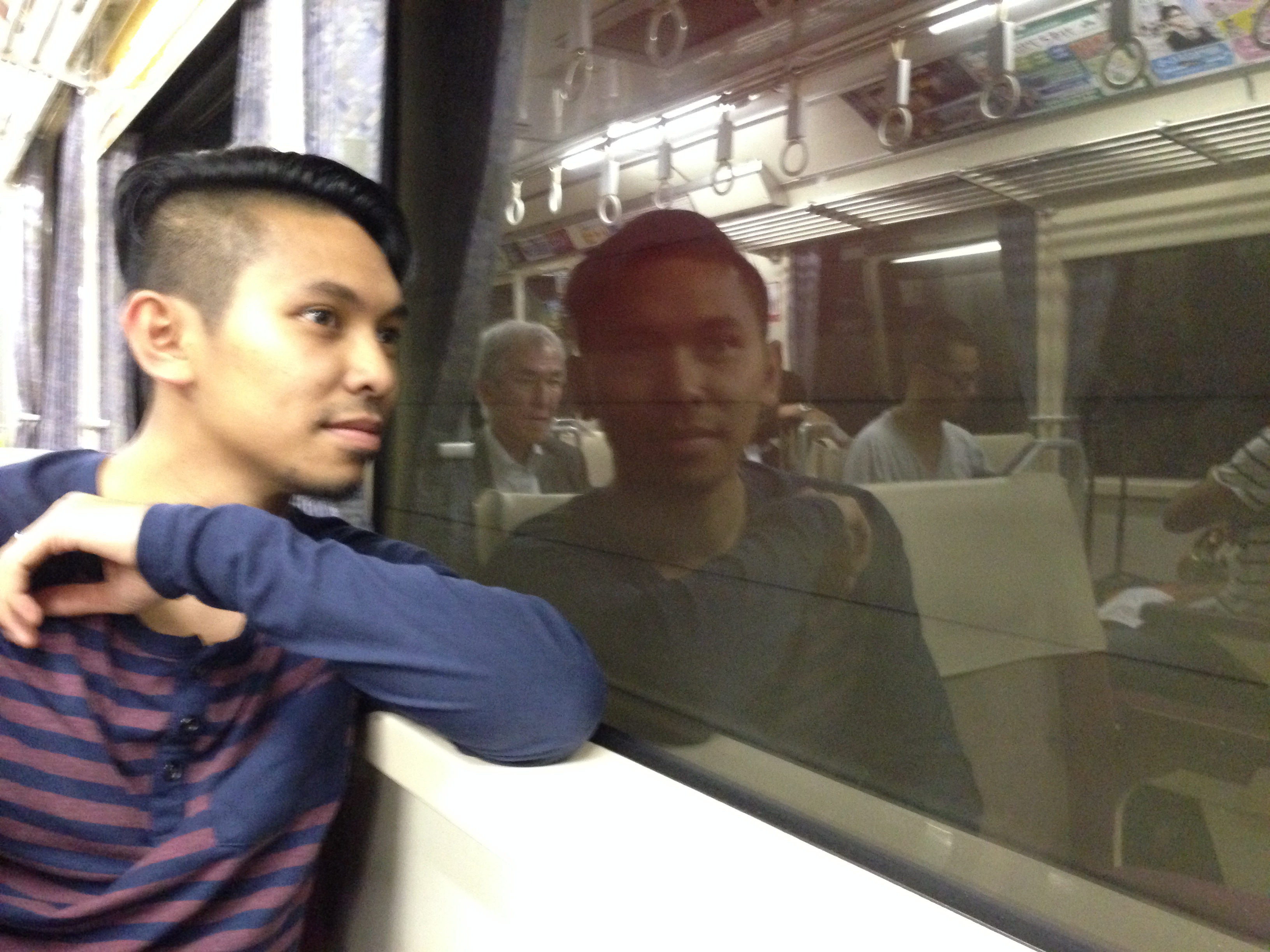 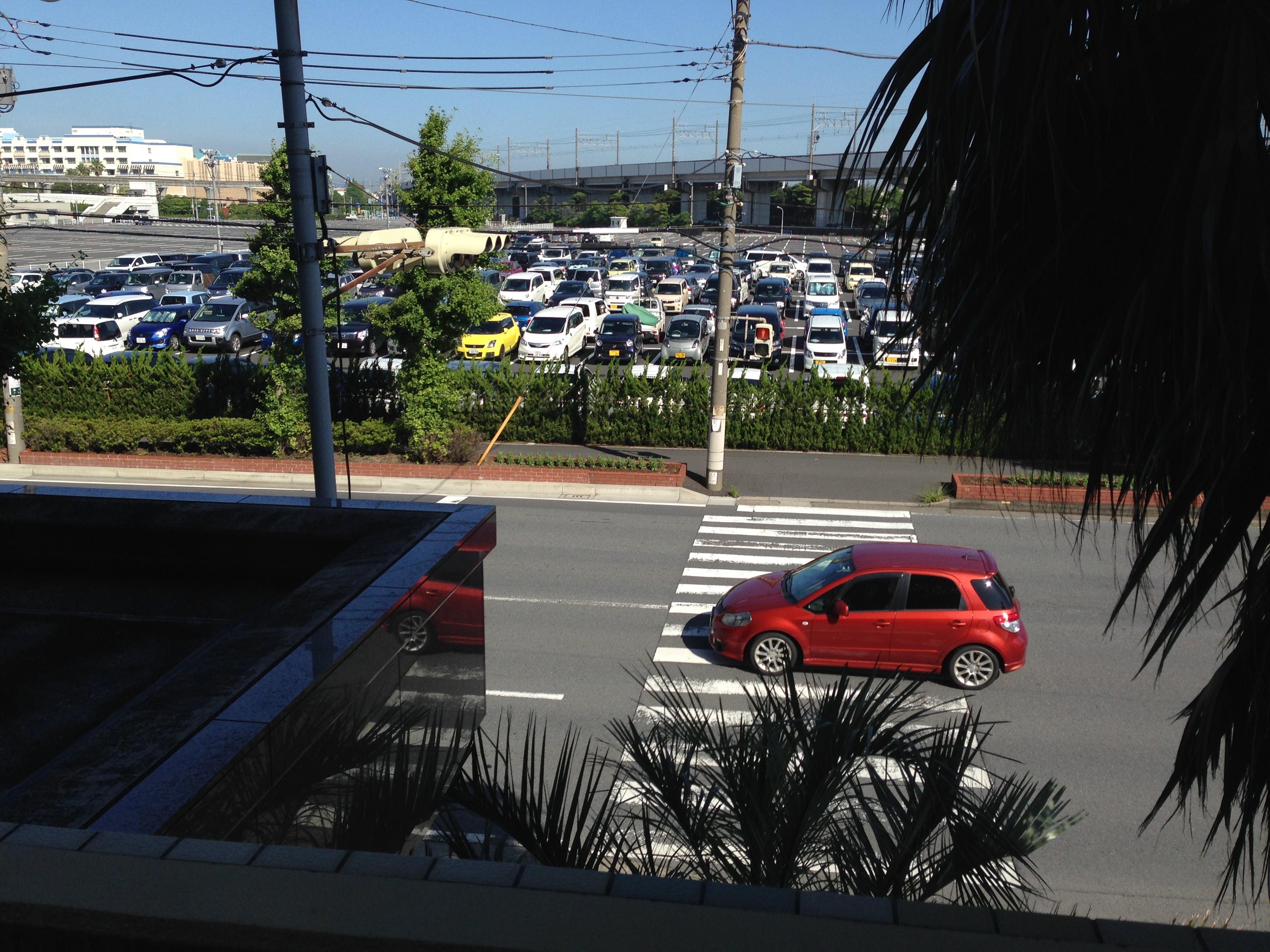 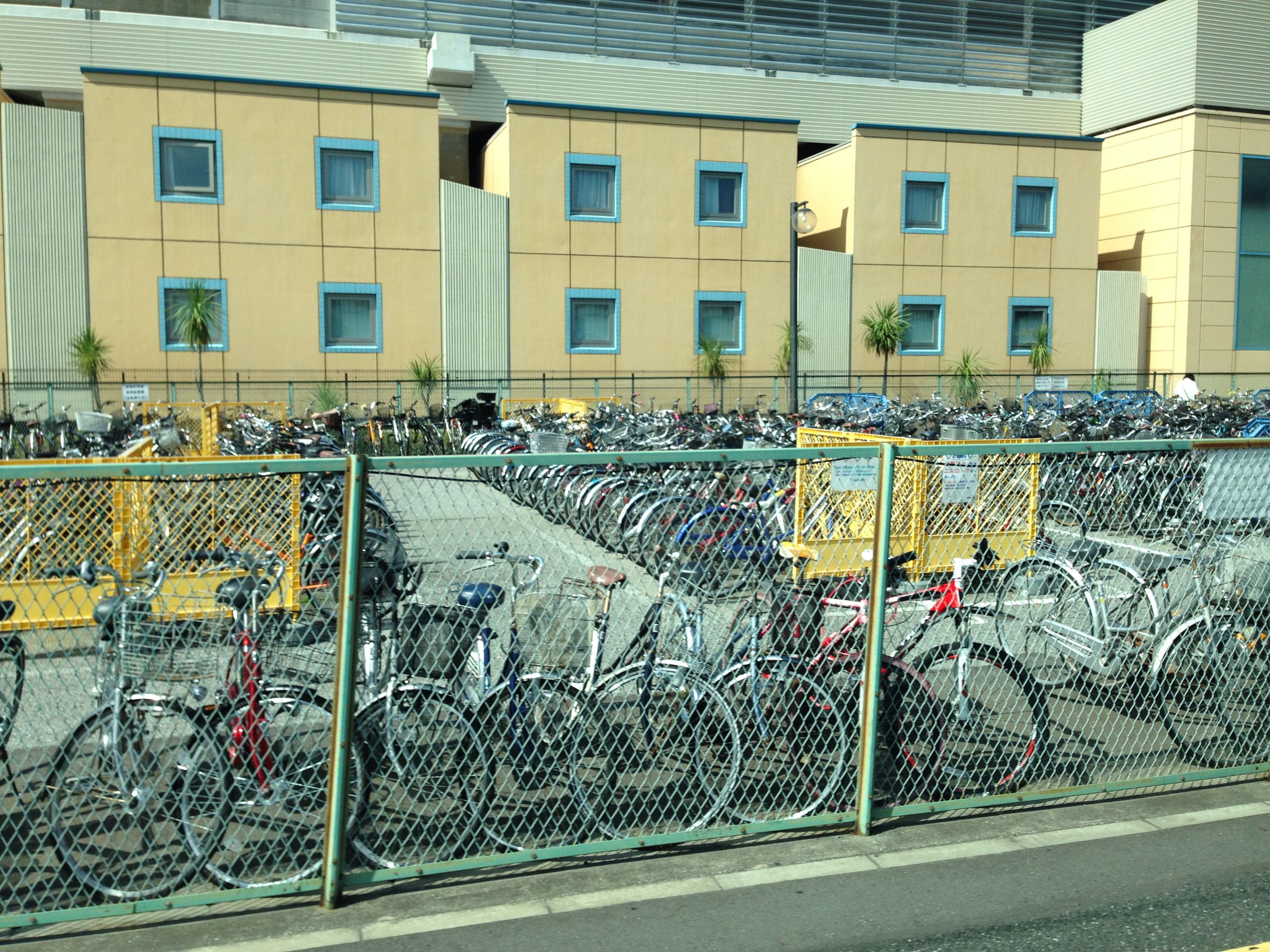 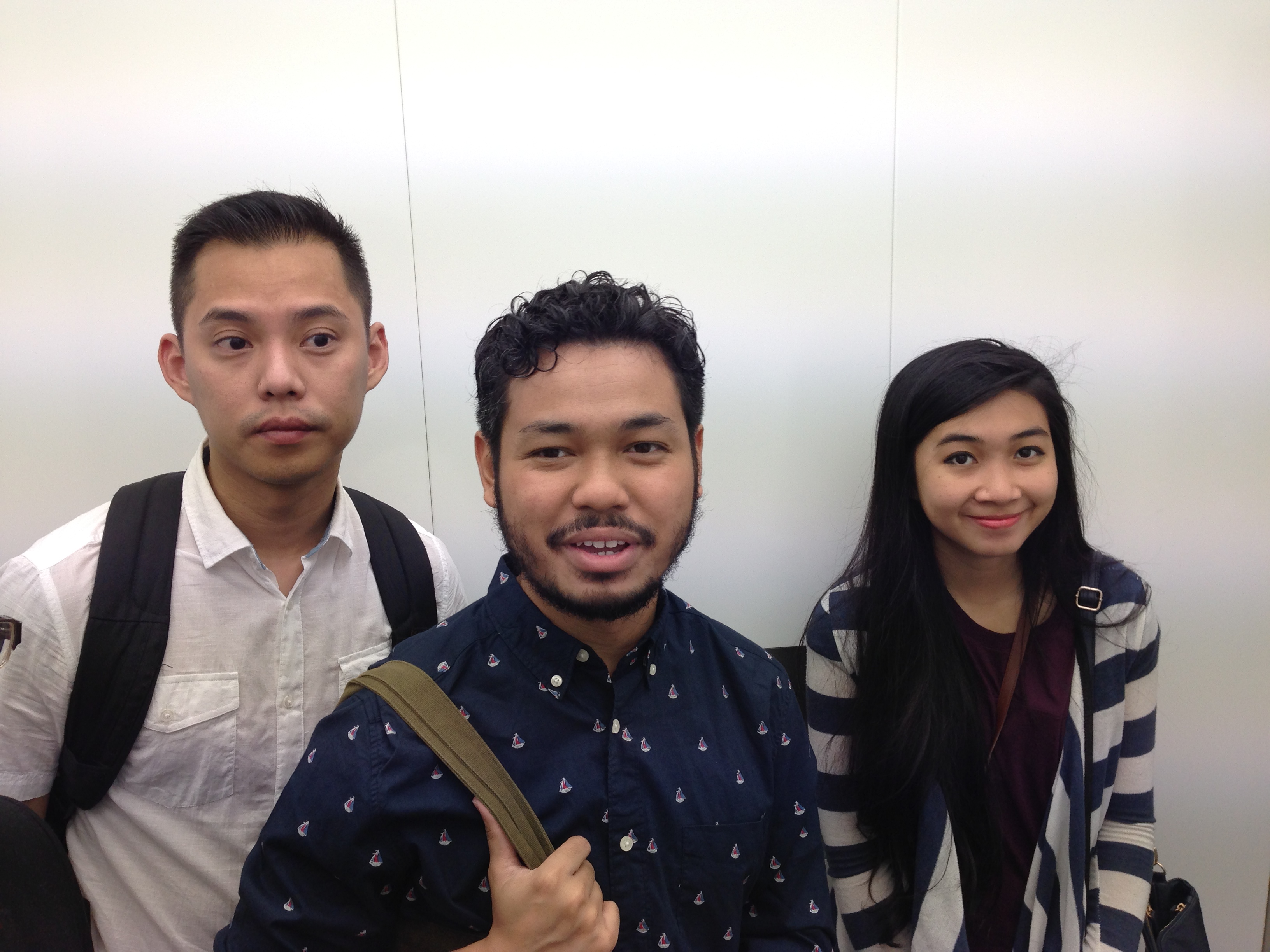 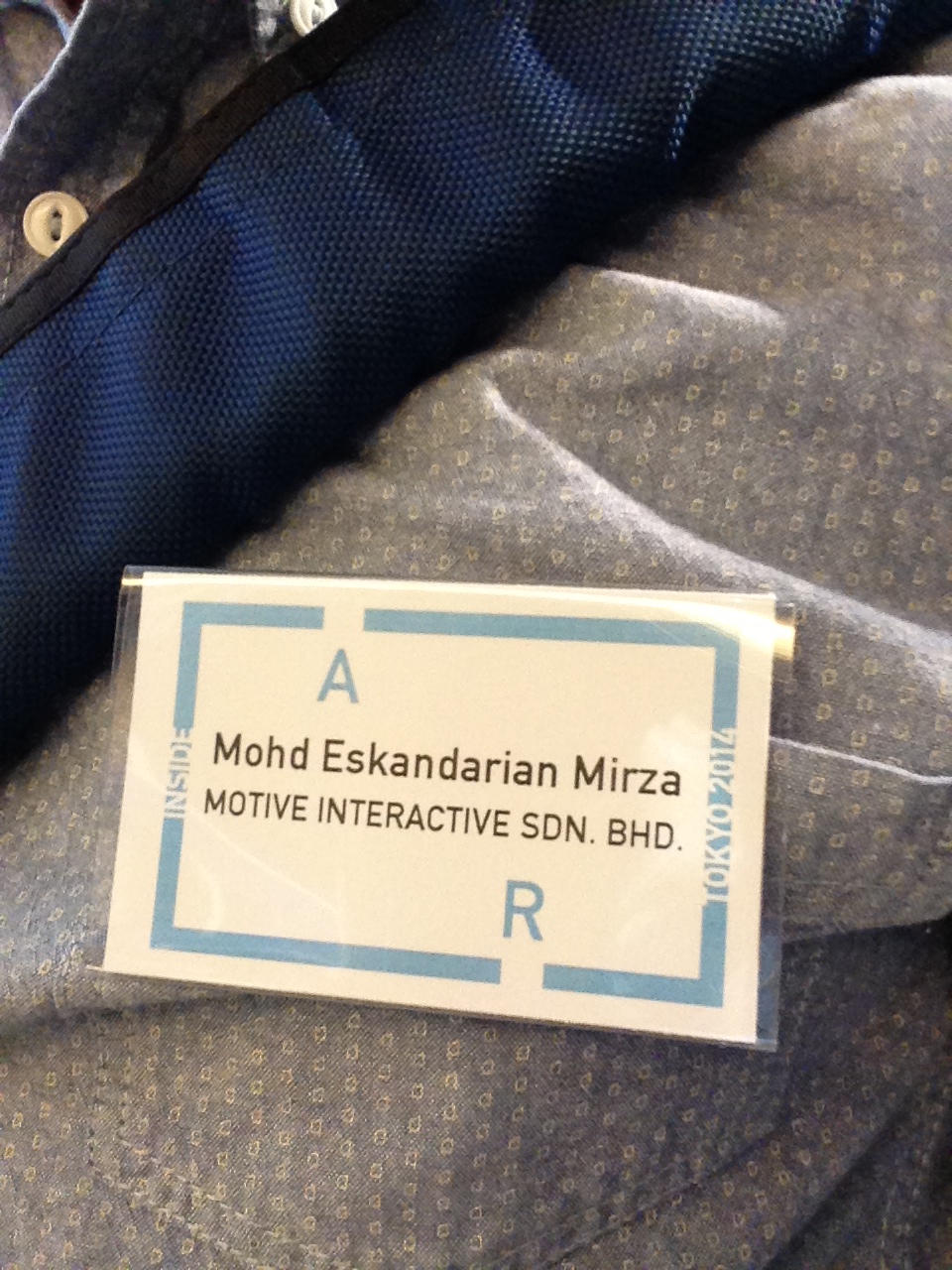 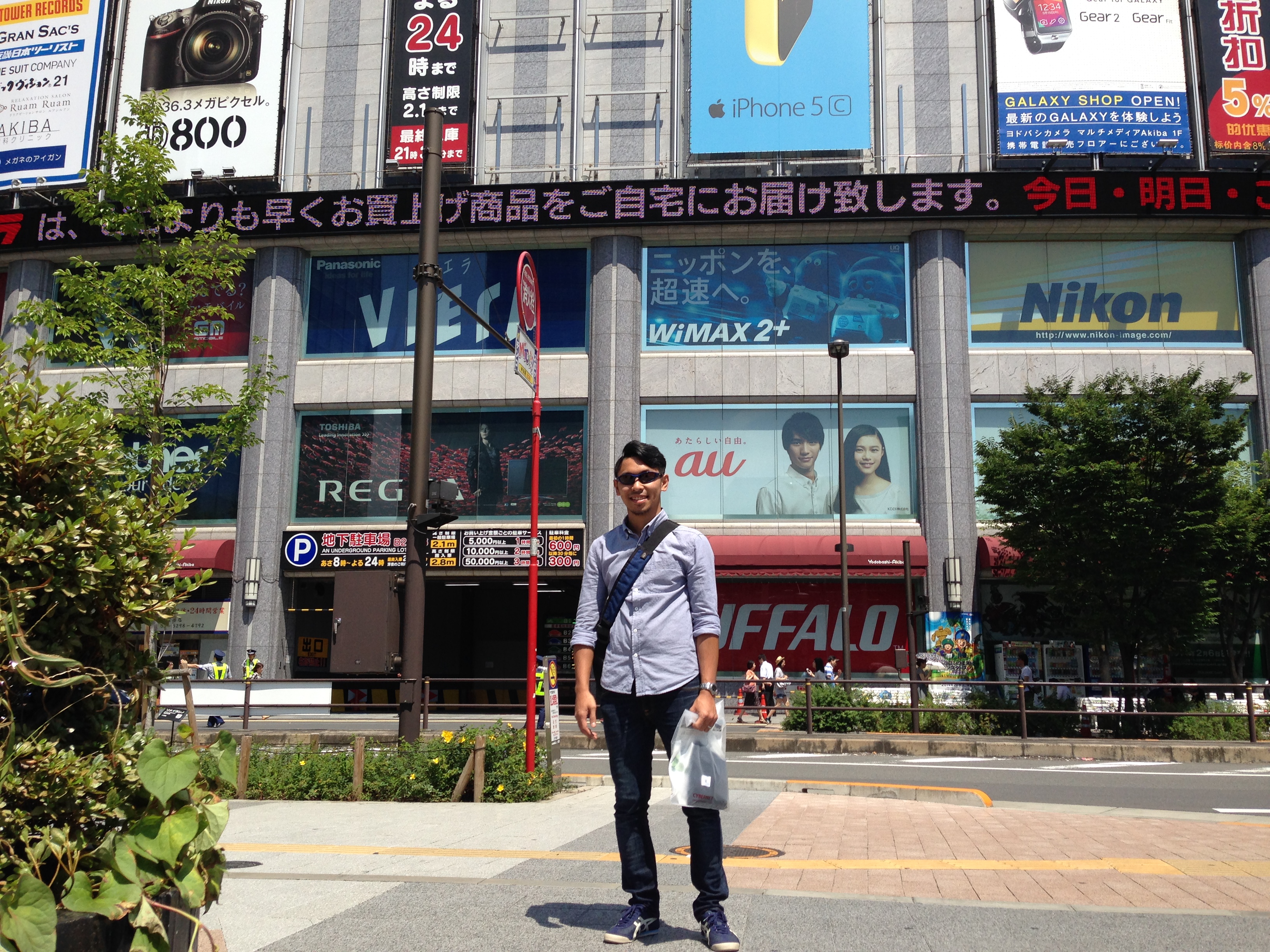 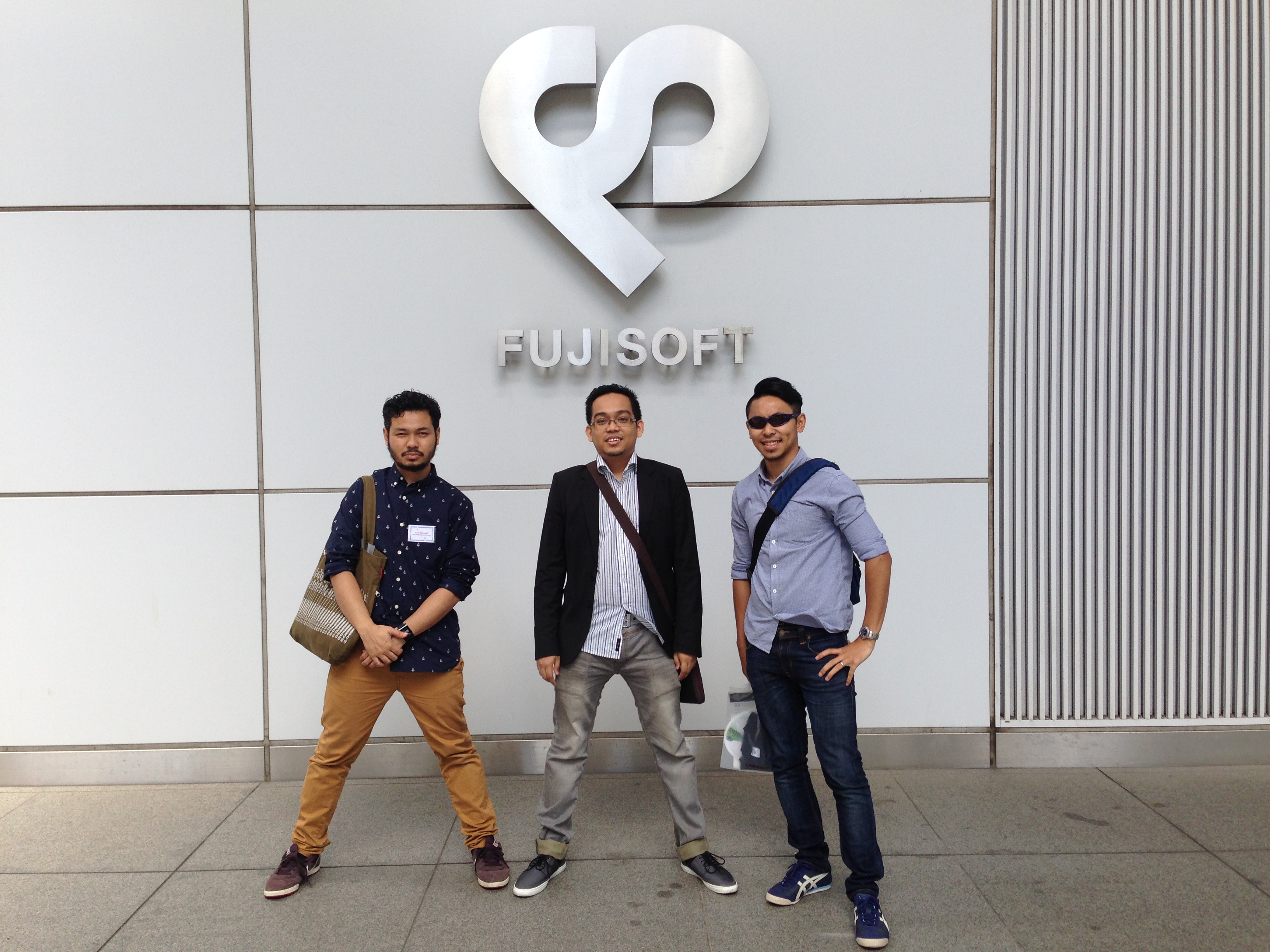 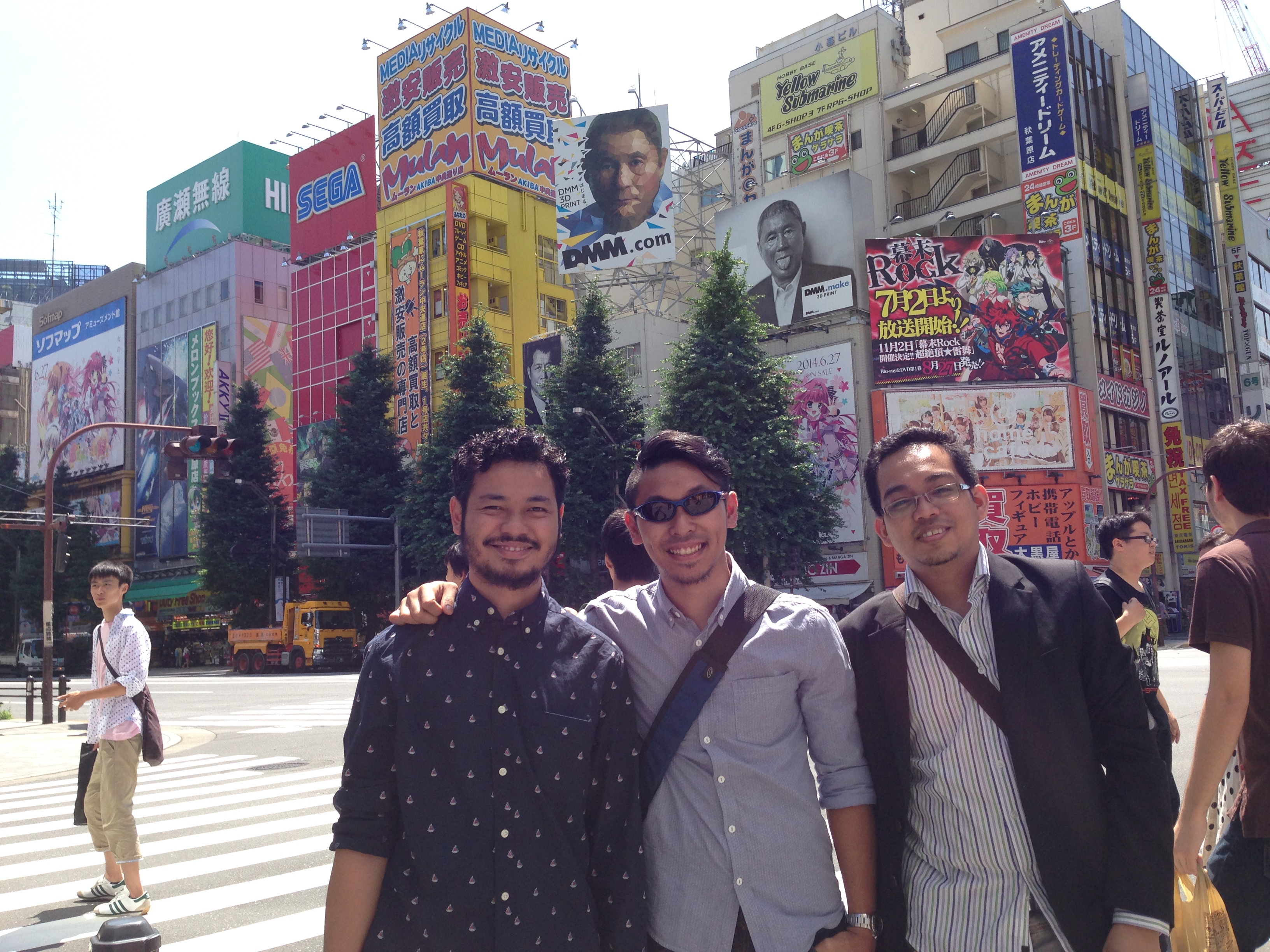 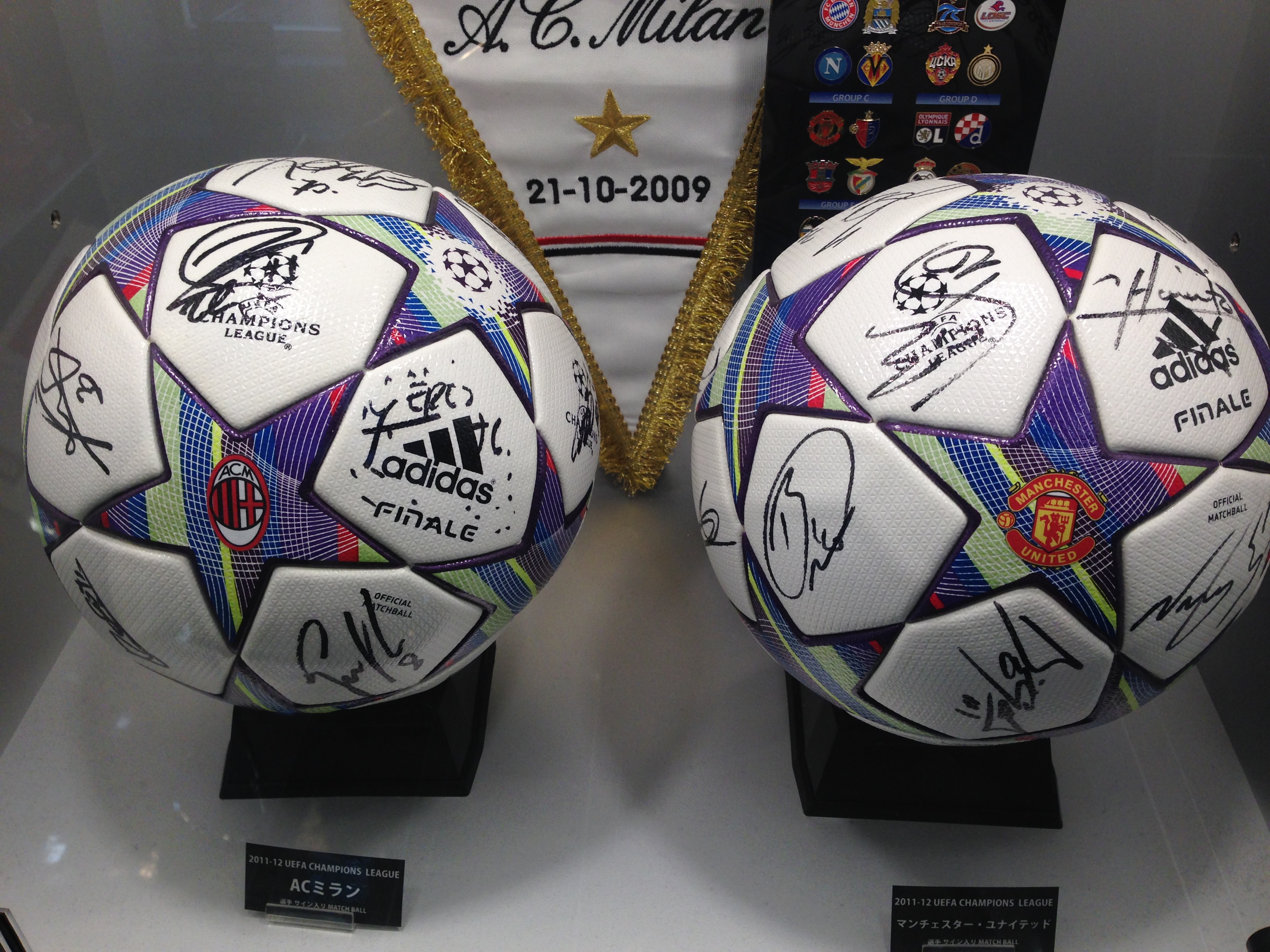 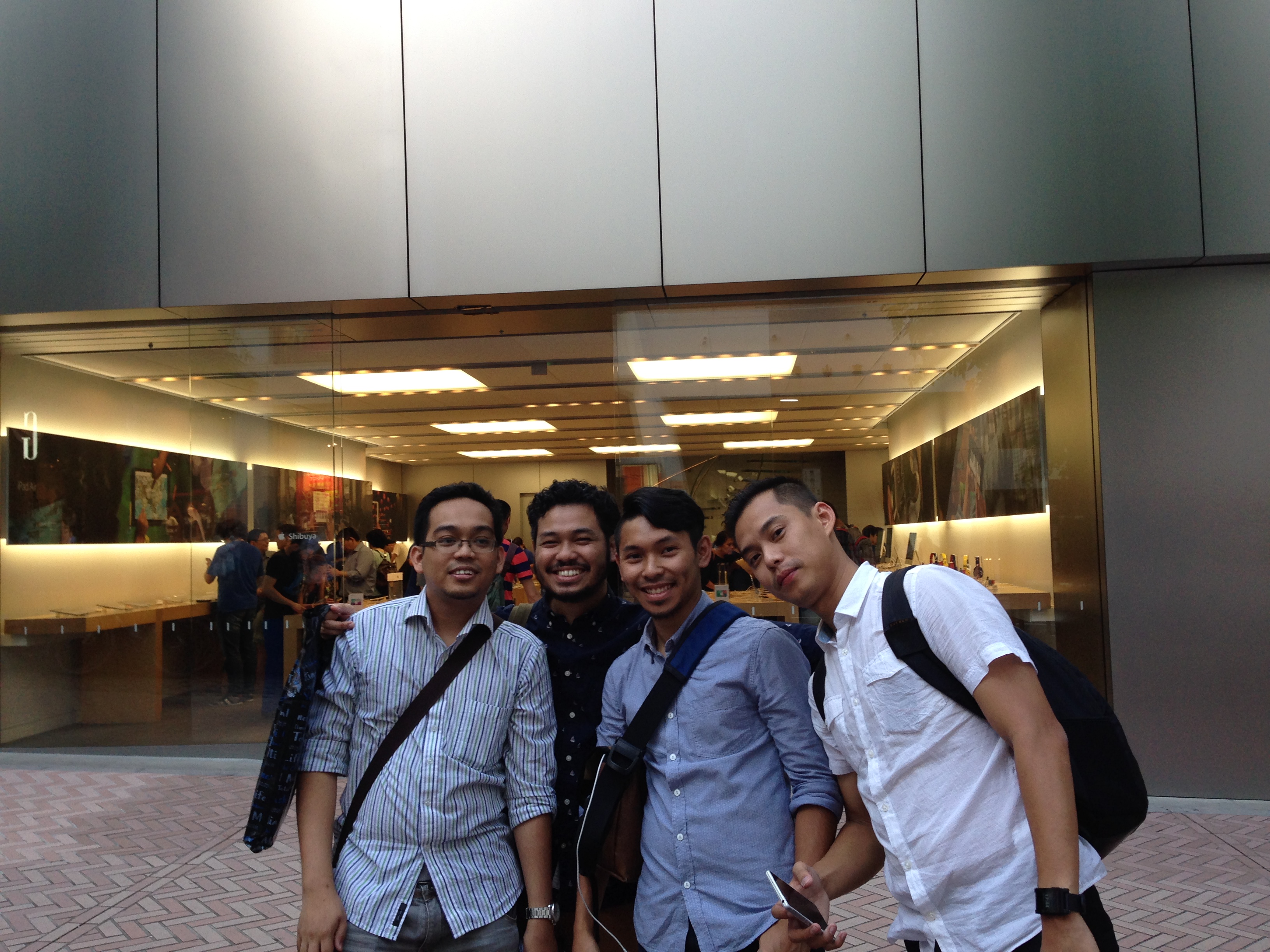 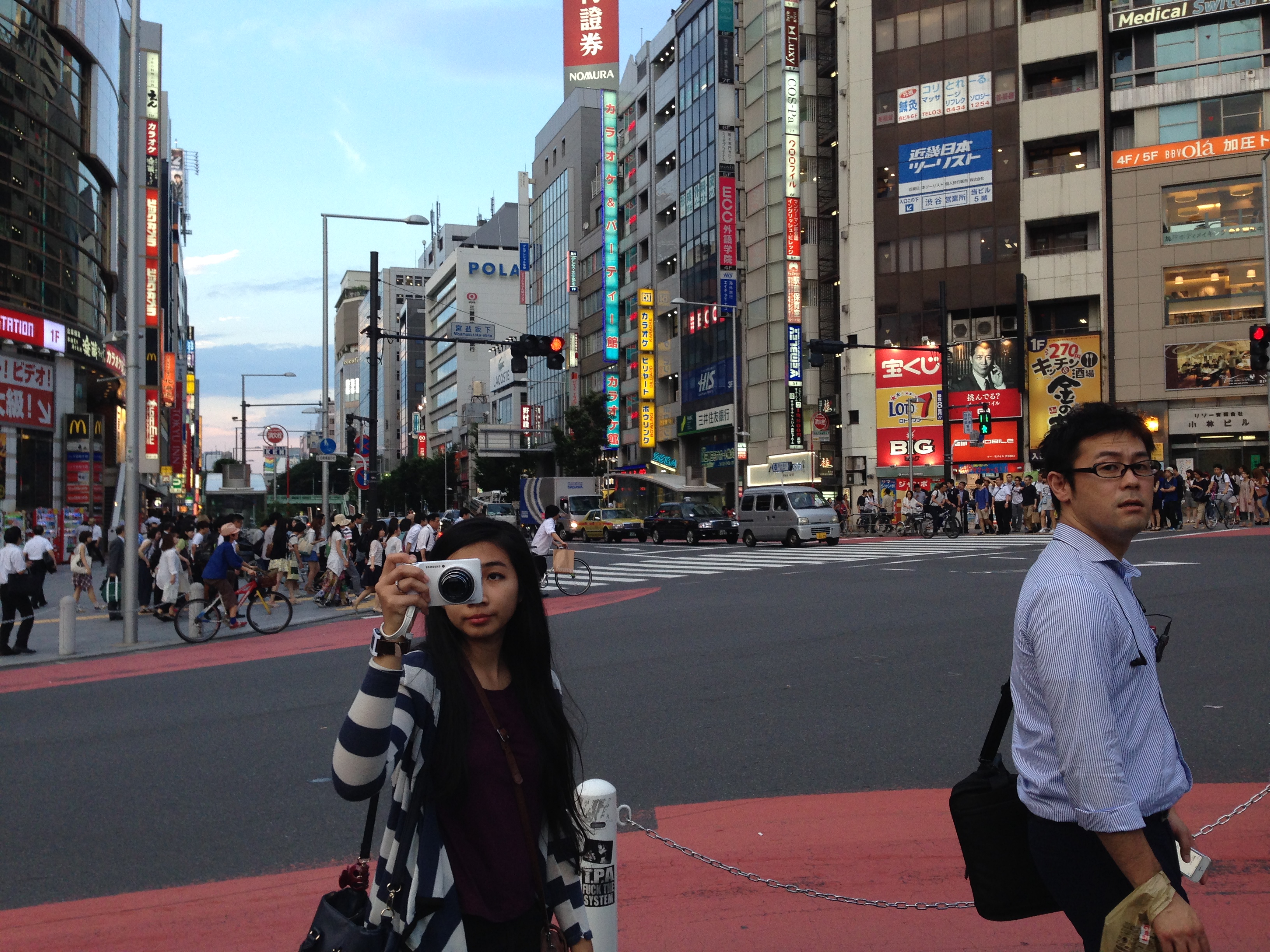 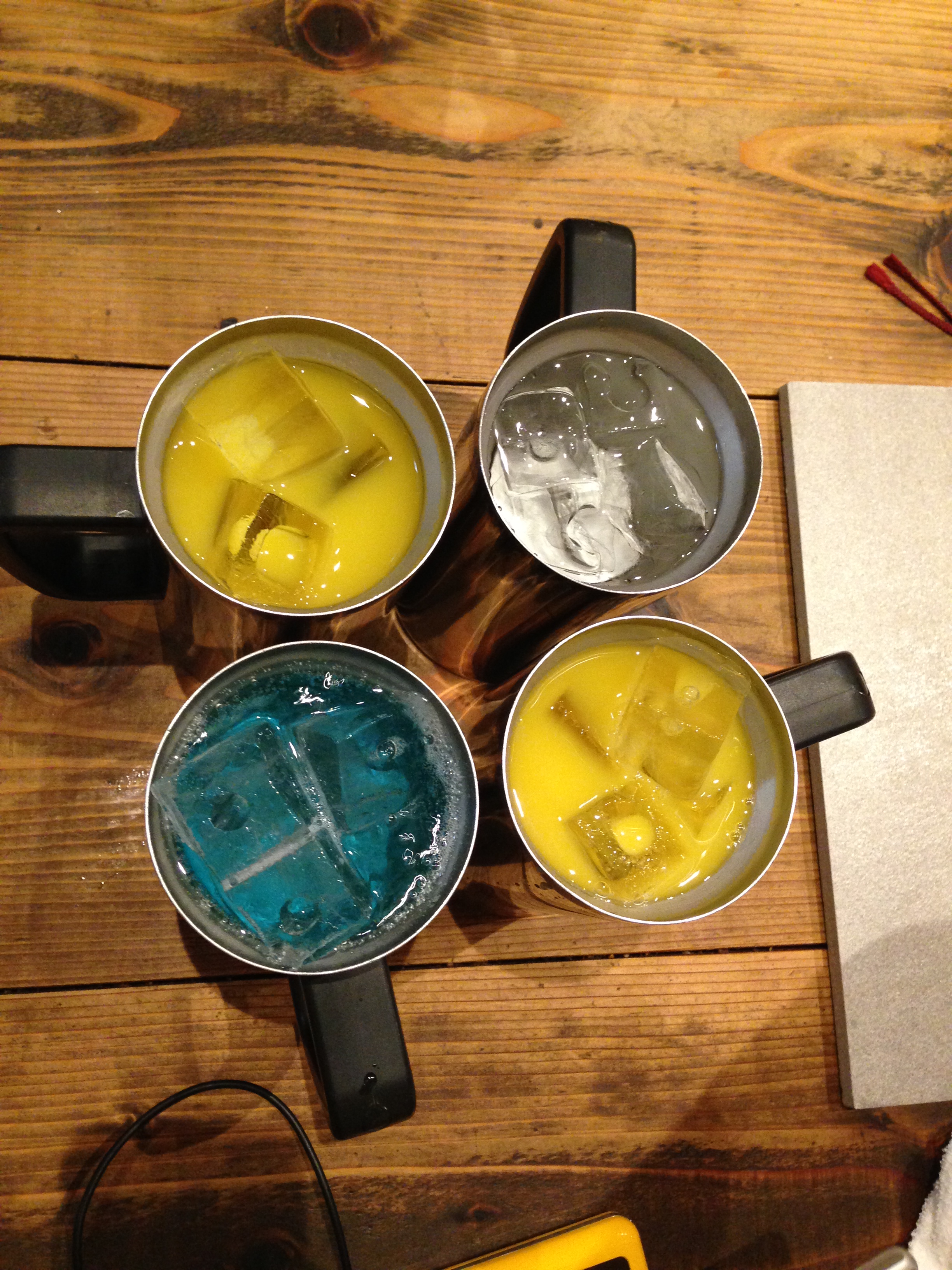 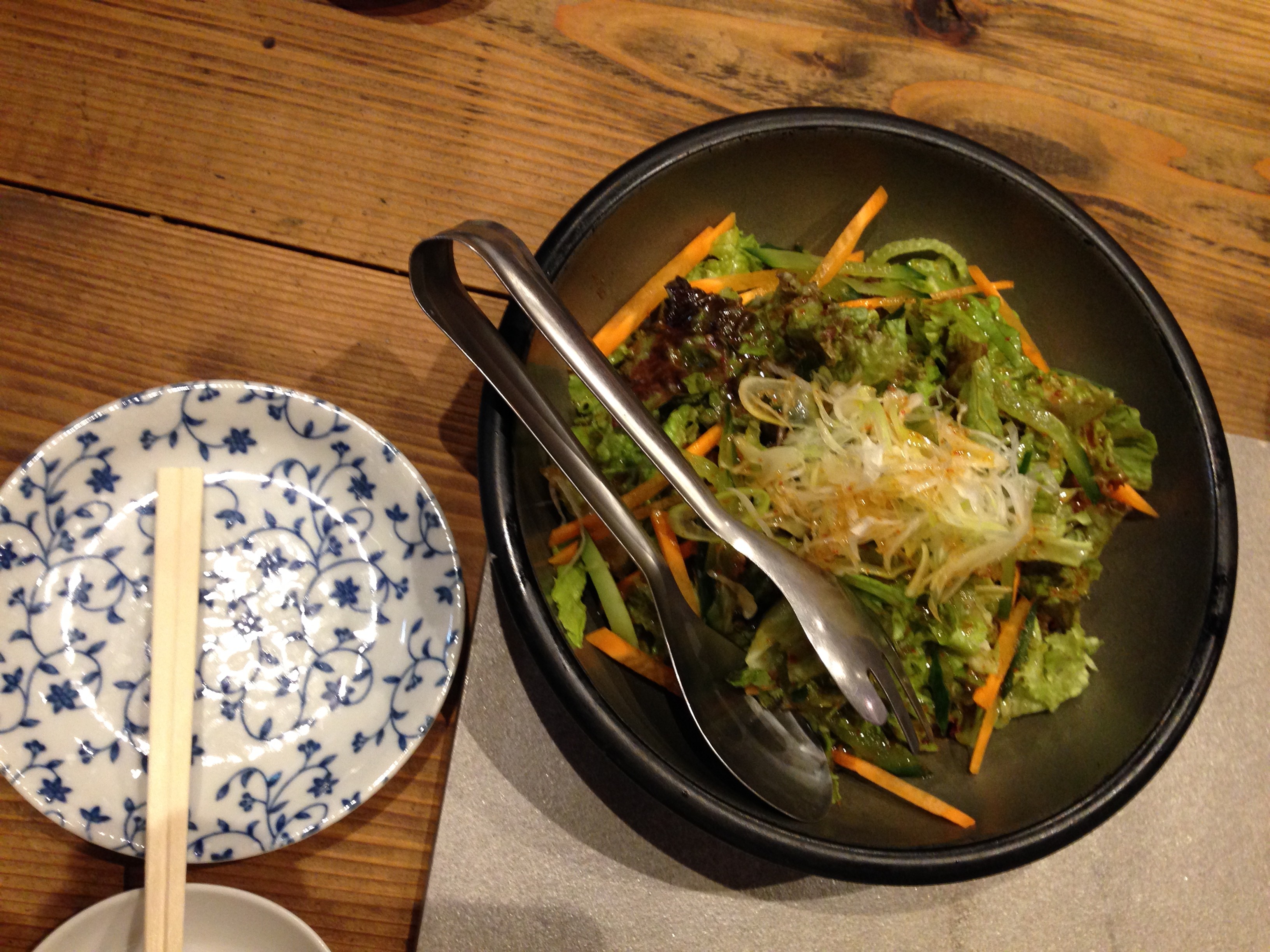 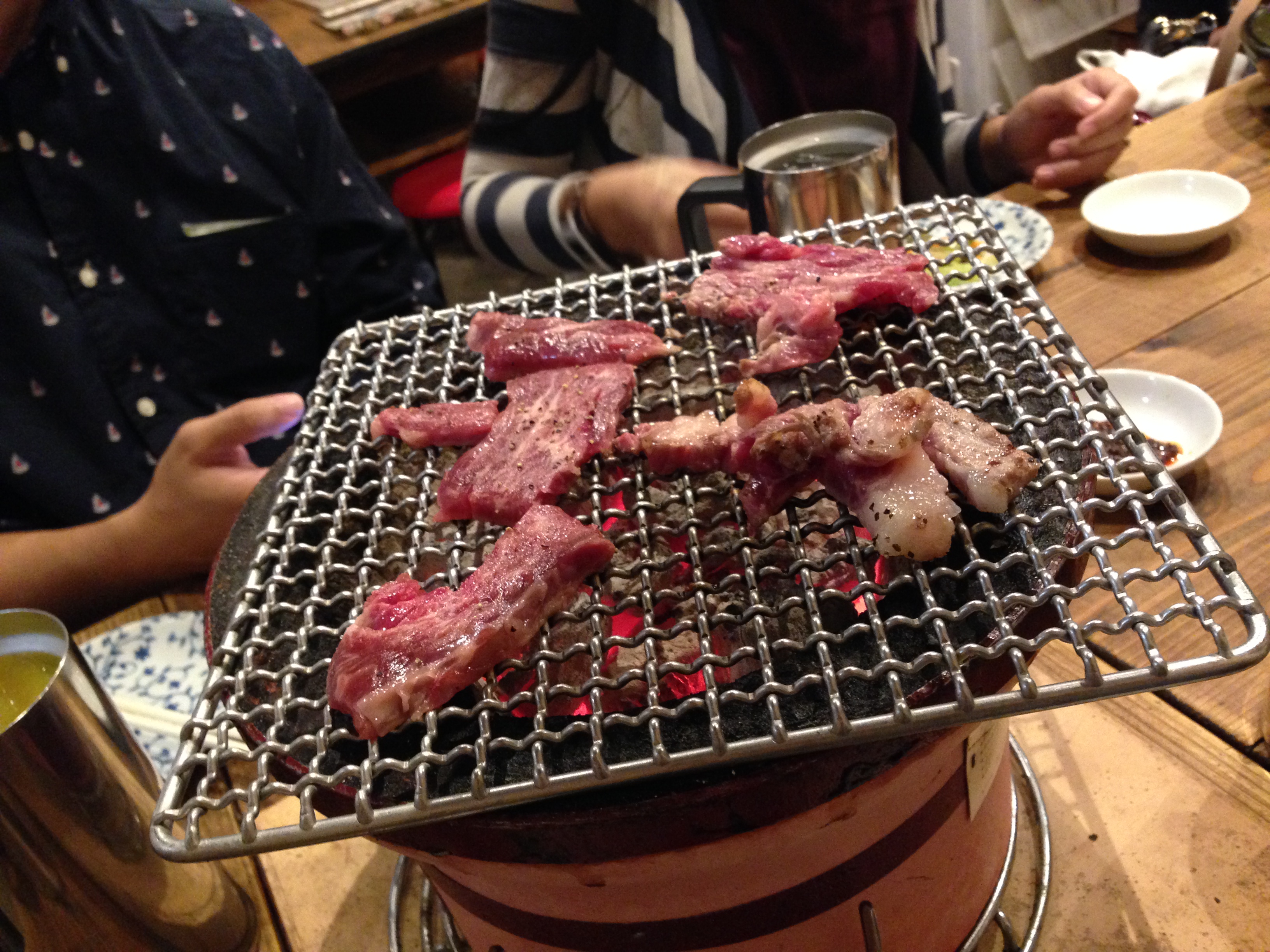 The trip to Tokyo, Japan last month was a short but definitely an exciting journey. Hikmat and myself from Motive tagged along the guys from MVD for a short business trip to attend the InsideAR 2014 Augmented Reality Conference which was powered by Metaio. It was the first time in my life that I would have to travel alone without the wife and kids, but it was an opportunity I could not miss.

We left for Japan on the 7th of July via AirAsia and arrived at the Haneda International Airport around 10:30 pm local time. It was during the fasting month of Ramadhan, and we had our iftar on board the plane. I think I had the big breakfast set which comes with a fruit juice and dessert. The flight journey was smooth enough, although there were quite a few turbulence along the way.

Just about to board the AirAsia flight to Tokyo

As soon as we landed and passed through the customs & immigration, we headed for the monorail/train station to make our way to our hotel in Maihama, which is located in the Chiba Perfecture. We were suppose to transfer from the Tokyo station to another train line towards Maihama, but by the time we got there, the train lines have already stopped operating.

Waiting for our last train home

We then took the cab and for about 20 minutes, we arrived at our hotel, Hotel MyStays Maihama. The taxi ride costed us around 7,000 yen which certainly isn’t cheap by any means. Along the way, we get to see the majestic Disney Land and the sight of a lonely and quite Tokyo at night. The good thing was that the room was quite spacious and comfortable. Before we dozed of, we managed to walk towards a convenience store nearby to get some stuff to eat for sahur.

I’ve managed to wake up around 8:00 am the following day and took the shuttle bus towards Maihama station for the Augmented Reality conference which was held at the Fujisoft building in Akihabara. We had to walk about 10 minutes to get to the Fujisoft building and once there, we went straight up to the 5th floor (I think) and registered our names and sat down for the lecture(s).

The lecture hall was quite packed and we were greeted by a welcoming speech by the Metaio CEO & Founder, Thomas Alt. Sadly, that was the only speech/lecture in English. The following lectures were all conducted in Japanese, so we decided to leave and head towards the showcase hall which showcased a few Augmented Reality softwares & hardwares which can be seen as quite experimental at this stage.

In my honest opinion, Augmented reality is still at its infancy stage, there’s a lot of room to improve and monetize on this technology, definitely. Anyone who develops an application which is stable and offers a unique user experience will definitely have the upper hand in the emerging markets.

Fariz, Hikmat and me outside the Fujisoft Building in Akihabara

As soon as we were done with the conference, we went out for a stroll and visited some electronics/toys stores along Akihabara. The weather was akin to the weather in Kuala Lumpur at the time; hot & humid. After all of that walking, there were still about 5 hours before I was able to break my fast.  We then took a short train ride towards Shibuya and continued our sightseeing there.

There are lots of stuff to do & shop in Shibuya. Firstly for all those disney lovers out there, there is a Disney Store located about 5 minutes walk from the train station. There are lots of souvenirs and merchandises that are not available at Disney Land/Sea itself (at least that is what I have seen myself). And furthermore, you could also get your tickets there as well on the top most floor of the store.

The favourite part of Shibuya for me was the Kamo soccer boutique. It has 7 floors of total awesomeness which includes the Official Champions League store, a Puma Store which allows you to customize your boots, training kits, wonderful array of football boots, J-League jerseys, accessories and lots more! The only thing that bugs me is the pricing for the J-League jerseys which was kinda pricey. The only thing i have gotten from that store was a captain’s armband which will be used for the Rasta Tiger’s team.

It was around 6:30 pm when we were about done with the sightseeing,so we decided to find a place to grab our dinner & break my fast. I’ve googled for some halal Japanese restaurant and found one restaurant that had halal yakiniku within Shibuya that was called Gyumon. Apparently it is under the Malaysia Halal Corporation Co. Ltd and we had to walk for about 30 minutes to find the place, which was conveniently hidden in one of the alleys. The halal menu is quite limited and would cost about 4,000 yen for the set which includes a salad and two types of beef. There were 5 of us, so we decided to order 2 sets and an extra chicken. The portion was just about right and to be honest, the food was great! I mean, the seasoning and all was just nice and tasted delicious.

After dinner, we lingered around shibuya for about an hour before we made our way back home to the hotel in Maihama. The train ride took about 40 minutes including the train exchange + an added 15 minutes for the walk back home to the room from Maihama Station. By the time we got back to the room, I decided to hop on to the foot massager that was located at the corner of our room and ended the night with a shower & light meal for sahur.

In the next post, I will tell you about the experiences I had when visiting Tokyo Disney Land & Disney Sea. Might even write a separate post on some tips to get the most out of your Disney adventure. Till then, over and out.

First time for everything →

I would love to hear from you.